For recent news and to see the Squadron has been up to, check out our Facebook and Twitter pages! 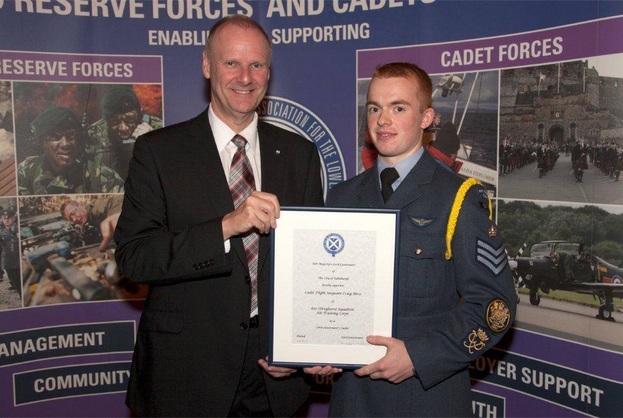 Now Ex-Cadet Warrant Officer Craig Birss has been named as the best male cadet in Scotland and Northern Ireland, and is to be awarded the Purdie Sword.

Throughout his time in the Air Training Corps, CWO Craig Birss has always tried to aim high and he feels he owes it all to Flt Lt Paton and his successor Plt Off Paton. His first camp was a RAF Police work experience, with Craig also representing the region and the corps at the ACO National Concert and Marching Band camps and hopes to push for more music within the wing and region. Craig completed his Gold Duke of Edinburgh in March 2011. In 2012 he completed a gliding scholarship, being awarded gold wings at the end of the course and also attending an IACE Exchange to Singapore in the same year. In 2013 Craig was shortlisted for the Duke of Westminster Award and was announced as the Lord Lieutenant Cadet. In October of that year he was promoted to the rank of Cadet Warrant officer.

Craig has now left the squadron as of late February and after now successfully completing Officer and Aircrew Selection, Officer Cadet Craig Birss has now moved to 142 (2nd Edinburgh) Squadron and has become the adjutant officer under Fg Off Massie. Outwith the Air Training Corps, Craig works for the House of Hearing, as an administrative assistant. In the future he looks to apply for the army as an officer with join the Royal Military Police.

We our proud to have one of our cadets named as the Purdie Sword winner and hope many cadets will be able to follow in his footsteps in both our squadron and 142's. 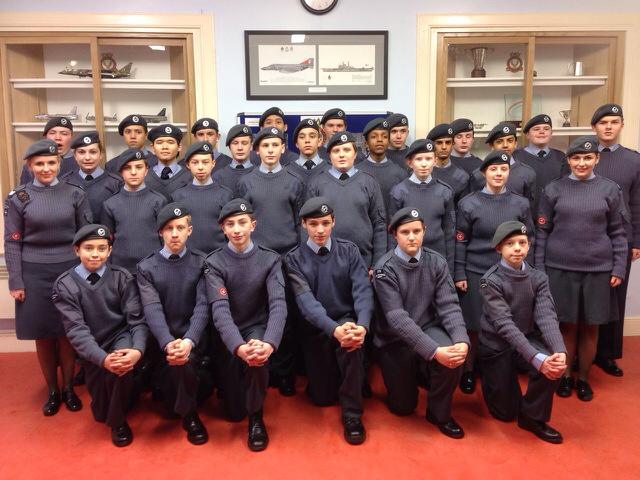 Cadets from 870 and 2466 attended the WAC this weekend (13th - 15th December) to complete their first class training. Plt Off Paton, Sgt Goulding, Sgt Parry, Ms Pretswell and several SNCOs from 2466 made the weekend possible completing classes and other activities.

870 continues to operate at the highest of standards with the new results for Wing Adventure Training as follows:
Climbing - 1st
Paddling - 1st
Biking - 6th 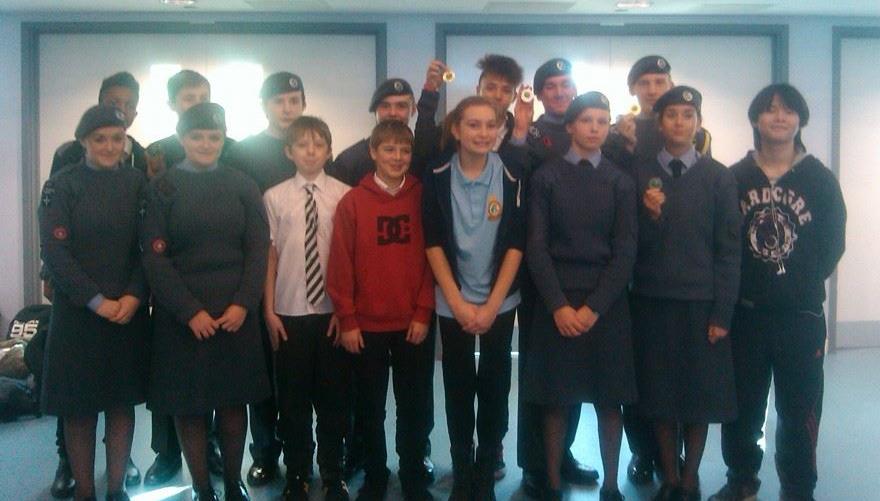 Congratulations and thanks goes to all cadets who took part in the wing cross country. After winning an array places, mostly in the top 5, the Squadron won the competitions for Best Female Category, Best Male Category, and Best Overall. A great effort guys, this shows what we can achieve if we put our minds to it!! 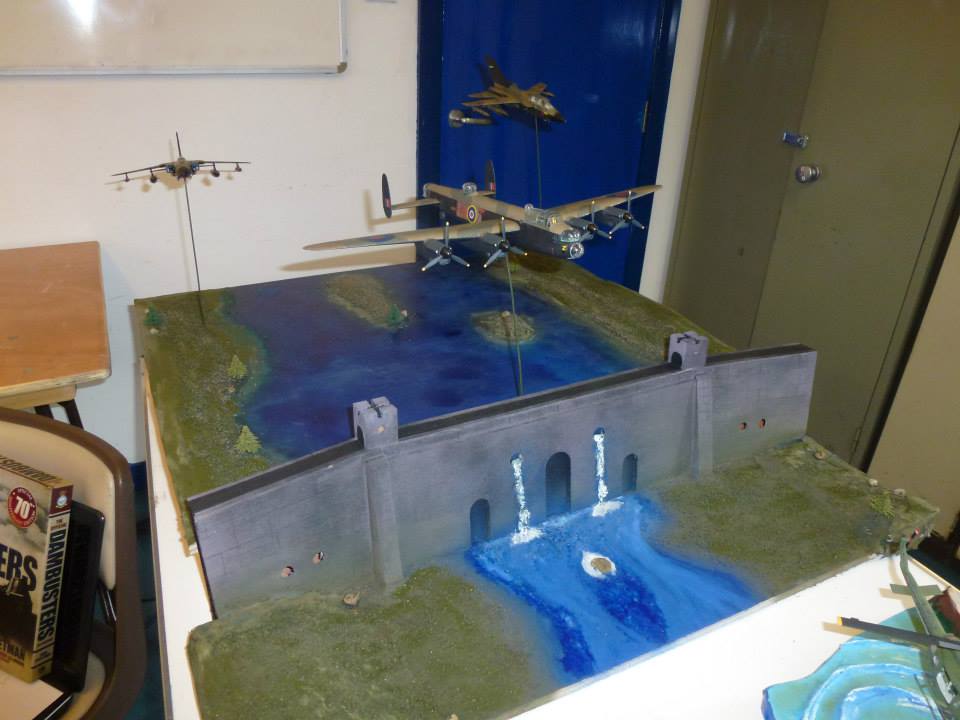 Congratulations go to Sgt Bennett, Sgt Revie and FS Birss for their work on the Anniversary 617 Diorama, it was appreciated by all who saw it and was 1st in the diorama competition, well done!!